Feeling Vine – Lessons From The Vineyard

by ingrid@knowing1.com
by Lifestyle
Comments Off on Feeling Vine – Lessons From The Vineyard

FEELING FINE – LESSONS FROM THE VINEYARD 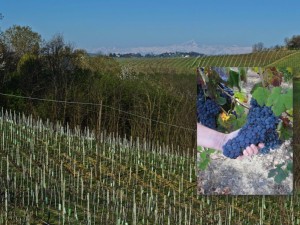 11 years ago in a crazy moment of romantic innocence, hubby and I battled our way through Italian bureaucracy and bought a vineyard. Temporarily taking a break from stressful jobs in corporate life to follow a dream, we set out to rescue the old farm and vineyards. A business plan was carefully prepared, money to spare [now laughing out loud at that statement] was deposited in an Italian bank and all the energy normally packed into working 17hour days in the city was transferred to Piedmont Italy. Ten harvests later locals still consider us [affectionately] mad English amateurs.

The first harvest was a disaster, getting on top of problems in the vineyard was impossible because of limited understanding about what the problems were in the first place. In addition, Mother Nature did not play kind by delivering continuous rain through late spring and summer when grapes are normally baking in hot Italian sunshine. After a year of running around like maniacs and working physically harder than you could have nightmares about, 75% of the grapes had to be discarded because of wine tainting mildew. The small amount of wine that ended up in the vats was excellent but not enough to make a living on. 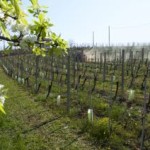 At the end of year one, the business plan was in the bin along with all romantic notions about a life style of lazy days sipping wine on the terrace. Being able to order coffee in the local dialect and understanding the 8 different ways of saying ‘the’ in Italian were more positive milestones.

Vines are amazing things, in the winter months they are pruned back and end up looking like dead bits of twig. It is always a surprise when the first buds appear again in springtime. Then, if nature doesn’t send any weather bombs they grow like crazy. Now they need oodles of nurturing. Much attention goes into managing their growth and yield to get the best grapes for making great wine. Learning the hard way from seemingly catastrophic failures led to a crucial acceptance about the importance of getting the basics right. The condition of the Piedmont clay that the vines grow in had been damaged by the erroneous use of herbicides and insecticides, many of the vines were dying and balance needed to be restored. 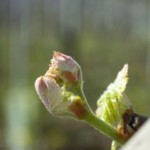 So in year two, left brain logic exercised it’s influence. Facing up to the risks and reality about the scale of investment needed to ecologically sustain the vineyards over time was a sobering revelation. Much soul searching was aided by sampling the red liquid product [ignore the obvious oxymoron] to decide on a way forward. In the end the decision to continue investing energy and money into the resurrection of the vineyards come down to the deep sense of purpose [a key human need] and believe that the continued effort was meaningful. In the short term, the biggest concern was cash. Frugal innovation has become a trendy thing in the business press, there are even TED talks about it. The reality for small vineyard owners is that it’s often born from necessity. When things got really tough financially, selling up seemed easier and less risky than investing even more money into a loss making vineyard. Keeping the vineyard got a free pass because it was meaningful and worth the risk. A sense of purpose trumped keeping the bank manager happy.

Edgar Allan Poe said “the best things in life make you sweaty”. A simple truth but there was nothing romantic or sexy about the hard work and financial investment required to restore ground conditions and replant the vineyards. Locals suggested the use of Roundup as a more sensible option to the hand weeding regime we introduced in the most damaged, earth impacted vineyards. Paradoxically toxic Roundup was advocated by the same people who passionately insisted on working in harmony with natures moon cycles, go figure. Interestingly there is genuine science behind the benefits of using moon cycles in agriculture, its not hippy dippy. After seven months of blisters, backaches, mosquito bites and doubling of labour costs, the appearance of ground worms heralded the soil coming to life again. Finding worms caused much excitement, but it would take another 4 years of effort before grapes from the replanted vineyards would be harvested for wine making. Return on investment required a long-term strategy and more than a sprinkle of magic from nature.

On reflection, the real fear factor came down to being dependent on stuff that could not be controlled. Lucky that being totally knackered from physical efforts in the vineyard meant sleep came easy most nights. Gradually, over time as Mother Nature displayed her many different patterns it became possible to build a better understanding of how to deal with her unpredictable ways. From typhoons that ripped out vines, major landslides that moved hills, plus a deep freeze [-25 below] so severe it blew up everyone’s central heating boilers, crisis management took on a whole new meaning. Local farmers claim that the weather patterns are changing, evidence of global warming as storms and seasonal conditions swing widely between mild and severe. The earth is capable of surviving until the sun consumes it billions of years from now, but its biological diversity is under threat unless humans get a grip and start managing things better. Everyone can make a difference and you do not have to be crazy enough to buy a vineyard to appreciate why and how. 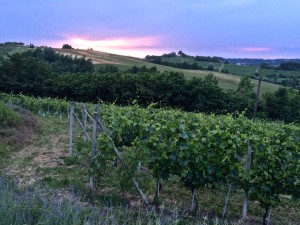 Progressing from being romantic idiots to competent growers and producers of wine has truly been an adventure. Apart from being owners of an impressive amount of decent wine the best thing about the whole experience has been the insights gained about the really important things in life. OK it’s a bit of a cliché, but so much energy and money is wasted on things that do not really matter.

Natural laws apply to growing grapes and to human growth and development. Unlike vines people’s needs are both physical and emotional. Born with uniquely human templates we share survival patterns that bestow us with emotional drivers that shape our behaviours. If our important innate needs are not met appropriately, we suffer detrimental physical and/ or psychological consequences. There are only three major risk factors that cause emotional and mental distress. These are:

These risk factors exist in everyday life. If you find yourself at their mercy you may already be aware that things in your life are not quite working as they should be. Phobia’s, obsessions, addictions, irrational fears, stress including PTSD, low self esteem, angry outbursts, sleep disturbance, lack of confidence, anxiety or depression, chronic pain are all signs that your innate needs are not being appropriately met. Best to recognise the call to action.

Eleven years on, the vineyard survives and work in UK also provides a sense of purpose.  A redeeming life lesson has been accepting that stressing out over things you can never hope to control is a waste of energy. Many things in life are stressful, you either develop the emotional resilience to deal with them or you slide into a toxic state which causes you harm. You do not have to buy a vineyard to learn how to make better decisions and choices based on the liberating power that comes from knowing how to manage your own needs and resources. Just get in touch. 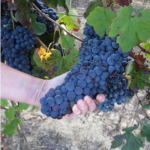 If you would more information about any of the topics covered in this article, email or call for a no obligation, risk free discussion.